In my earlier post discussing emotions in advertising I made the point that advertising that connects with us emotionally is more effective than advertising that promotes product features”. This is a fairly accepted point but how true is it? For some campaigns, such as UK Cancer Research, the use of powerful emotional appeals is congruent with the subject matter. However how does this work for Businesses looking to make emotional connections? Coming on too strong would no doubt turn consumers off.

For me Dove’s campaign for real beauty is a great example of a brand that was able to successfully make a powerful emotional connection.

By transitioning their messaging away from the typical features and benefits to a more emotional level Dove’s brand became much more differentiated. This emotional connection ensures customers have a higher recall of the advert and impacted their purchase behavior. These effects have been observed in a variety of advertising.

The ads that performed well on the traditional system two measures (persuasion, cut-through, brand linkage, message delivery) were actually less effective in market than the nine ads performing poorly on these measures. In fact, designing the advertising to perform well on such measures may work against effectiveness. Meanwhile, the nine most emotional ads delivered greater business effects than the nine least emotional ads.
– Let’s get emotional about ads

For businesses making a strong emotional appeal can move the needle, if it is congruent with their brand. So should we neglect rational adverts? Research suggests that actually a balanced approach works best. Emotional adverts tend to outperform purely rational adverts, but a combination of emotional advertising that clearly communicates rational benefits performs best.

Twitter followers of Manchester United’s Rio Ferdinand were treated to a series of unusual tweets recently. It appeared that the footballer had taken up the delights of knitting…

Really getting into knitting!!! Helps me relax after high-pressure world of the Premiership

Just poppin out 2 get more wool!!!

These first tweets were in fact teasers for a marketing campaign for Snickers UK which would be revealed in the final tweet of the campaign.

This twitter campaign, using Rio Ferdinand and some other UK celebrities, was one channel used to deliver the marketing message. The message was also pushed out over TV adverts and other media.

Using social media to promote products is certainly not a new idea, and using celebrity endorsements has a long history as well. In this example however it was interesting to see that the campaign didn’t use any specific twitter advertising features such as promoted tweets and trends. The campaign instead used the built in social media features to reach the celebrities existing audience. 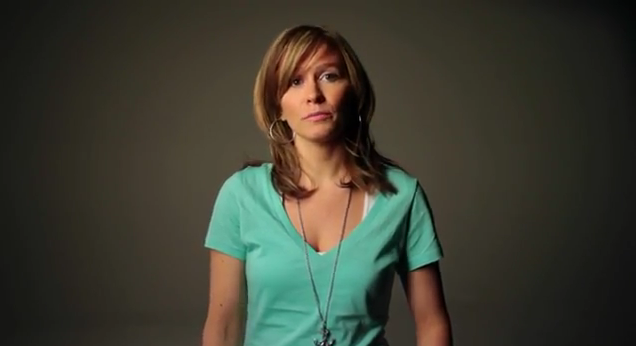 Some of my favorite adverts are those that are able tap into our emotions in order to effect a change in our behavior. The “Dear 16 year old me” social media advert by the David Cornfield Melanoma Fund is one that I really like. A skillful blend of poignancy and humor delivers a powerful message to it’s target audience with a clear call to action. I also really like that the advice is coming from the “older self”, this reference group is far more influential to the target than an authority figure.

This second advert is again targeting people’s emotions but with a very different style. The Think! campaign aims to change behavior when it comes ot speeding. I like how this advert helps viewers to picture themselves and imagine their emotional response to the situation. This advert certainly grabbed my attention and made me more aware of my driving.

Advertising that connects with us emotionally is more effective than advertising that promotes product features. We tend to make our decisions emotionally and then justify them rationally to ourselves later. Creating an emotional advert is much more difficult than creating a feature or usage based advert and can backfire if the emotions are not consistent with people’s existing perception of a brand. The adverts in this post are relatively easy to tie to our emotions because of the subject matter. My next post on this topic will cover some examples of how business advertising can successfully leverage emotions in its messaging.

Do you have a favorite emotion based advert?

One of my favorite adverts from 2011 is the Bold Choice advert for Jim Beam. I was reminded of this advert as I am facing some career choices of my own at the moment. The message that “the choices we make, and the ones we don’t, become you” certainly hits home when contemplating a dramatic change. When making these changes we look to the future and try to see what impact the choices will make on our lives.

One of the questions I have often been asked in interviews and during reviews revolves around this idea of seeing yourself in the future: “where do you see yourself in 5 years?” For me knowing the answer to this question has always been a bit vague, personally I don’t find motivation in considering what destination I may achieve after 5 years but what experiences I’ll gain and what impact I’ll be able to make over the next 5 years.

Why not focus on the journey and not the destination?